Tips for writing a short story

1. Start with a situation, present the problems that can occur, then solve the problem.

2. Your story should have a message.

4. Choose familiar settings so that you don’t need too much description.

5. Have no more than three characters.

6. Powerful dialogue must contribute to the main focus of your story.

7. Use vivid imagery to draw you readers in.

8. Begin with an arresting first paragraph, and ensure your plot has a beginning, middle and end.

9. Keep the reader guessing until the last minute. 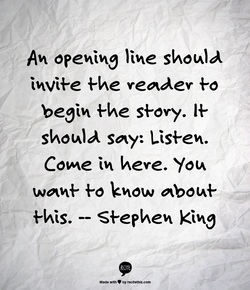 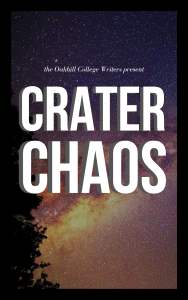 Top short stories in your library

Cheng, M 2017, ‘A good and pleasant thing’ in Australia Day, The Text Publishing Company, Melbourne – A family birthday celebration shows a family of Chinese origin that they are more alike than they are different…and also teaches them the value of family.

Diep, G 2004, ‘The waves to freedom: The story of Nga-Huynh Diep’ in Dark dreams; Australian refugee stories, Wakefield Press, Kent Town, South Australia – The story of one refugee’s harrowing journey by sea from war torn Vietnam in 1979 to the peace and safety of Australia.

Lanagan, M 2006, ‘Sweet Pippit’ in Black Juice, Allen & Unwin , Crows Nest  – Set in an antique Indonesia, it tells of a rescue attempt by a herd of elephants, from the elephants’ point of view.

Liu, K 2016, ‘The Paper Menagerie’ in The Paper Menagerie and other stories, Head of Zeus Ltd, London – Jack, a bi-racial boy, has a white dad and a Chinese mother. When he’s a little kid, his Mum teaches him about his Chinese family, culture and language and he becomes a cultural bridge for his parents who don’t speak each other’s language. His Mum also makes origami animals for him; a paper menagerie…do the animals really come to life when his Mum breathes into them?

Marsden, J 2005, ‘Unfinished Business’ in Guys write for Guys Read, Viking, New York – A guy is accused of stealing money, but he didn’t do it. Instead of plotting revenge over the wrongful accusation, he decides to teach the other guy a lesson…

Mularczyk, J 2017, ‘Hope’ in Short and Twisted: Stories and poems with a twist, Celapene Press, Knoxfield, Vic – An alien re-visits Earth only to discover things are not quite the same as he left them.

Onuzo, C 2017, ‘Dolce et decorum est’ in Here I Stand, Walker Books, London – A fourteen year old boy  has the chance to escape a long prison sentence if he pleads not guilty to armed robbery…but if he does, his gang will exact horrible revenge upon him. What will he do?

Roy, James 2007, ‘March: Motocross Hero: Adam’ in Town; Everyone has a story,  University of Queensland Press, St Lucia, Qld – Read how a smarty pants grade cricketer gets his comeuppance from the most unlikely person.

Seal, G 2018, ‘Lost Gold’ in Great Bush Stories: Colourful yarns and true tales from life on the land, Allen & Unwin, Crows Nest – Stashes of gold, stolen by bushrangers, hidden in the bush…can they be found by Geocaching?