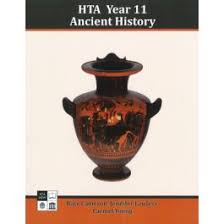 Chapter 3 Representation of the Ancient Past Handy mindmap

Using Linksplus in the Library catalogue

Troy VII and the historicity of the Trojan War https://sites.dartmouth.edu/aegean-prehistory/

This site rom Dartmouth College contains a description of Troy and examines the question of the historical truth of the Trojan War described in Homer’s epic poem.

Leonidas I King of Sparta

The Vroma site provides a timeline of events in the life of Julius Caesar, as well as links to modern assessments of Caesar, and references. Ancient Rome

DNA revelations from Otzi the Iceman’s leather and furs http://arstechnica.com/science/2016/08/dna-revelations-from-otze-the-icemans-leather-and-furs/

Arts Technica reports that scientists have analysed every minute detail of Otzi, a 5,300-year-old natural mummy found in the ice of the Italian Otztal Alps. DNA sequencing has revealed information about his clothing and lifestyle.

In our time, Spartacus http://www.bbc.co.uk/programmes/b03wq2p3

Melvyn Bragg and his guests on BBC radio discuss the life of Spartacus, the gladiator who led a major slave rebellion against the Roman Republic in the 1st century BC. He was an accomplished military leader, and the campaign he led contributed significantly to the instability of the Roman state in this period. Ancient Rome.

Alexander the Great: hunting for a new past http://www.bbc.co.uk/history/ancient/greeks/alexander_the_great_01.shtml

Professor Paul Cartledge provides the historical context of Alexander the Great, his character, the campaigner and hunter, his public image, and the literary text the Alexander Romance. A timeline is provided.

Great Museums of the world