Let’s get academic with writing!

Iceman Photoscan
http://iceman.eurac.edu/
The Iceman Photo Scan records the complete photographic documentation of the body of the Iceman, who lived between 3350 and 3100 BC. It can be seen in 3D.

5 surprising facts about Otzi the iceman
http://news.nationalgeographic.com/news/2013/10/131016-otzi-ice-man-mummy-five-facts/
This article reveals some of the findings of the scientific study of DNA from Otzi the Iceman, a 5,300 year old preserved mummy found between Austria and Italy. Investigating the ancient past.

Death of the iceman
http://www.bbc.co.uk/science/horizon/2001/iceman.shtml
The BBC reports on the discovery in 1991 of the oldest frozen mummy, Otzi the Iceman and the theories about his death based on the archaeological evidence. There is a link to further information on how ice mummies form and a gallery of images.

Otzi
http://www.iceman.it/
The South Tyrol Museum of Archaeology has information about Otzi the Iceman who lived between 3350 and 3100 BC, the circumstances of his death, his clothes and equipment and how he lived. Ancient past.

DNA revelations from Otzi the Iceman’s leather and furs
http://arstechnica.com/science/2016/08/dna-revelations-from-otze-the-icemans-leather-and-furs/
Arts Technica reports that scientists have analysed every minute detail of Otzi, a 5,300-year-old natural mummy found in the ice of the Italian Otztal Alps. DNA sequencing has revealed information about his clothing and lifestyle.

World’s oldest bog body hints at violent past
http://www.bbc.com/news/science-environment-24053119
The BBC reports that radiocarbon dating of Cashel Man from the peat of central Ireland shows it is likely to be the world’s oldest bog body, placing him after Otzi the Iceman and before the Tollund Man. Scientists are able to gain information on the diet, living conditions, background and lifestyle of the peat bog mummies. 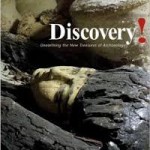 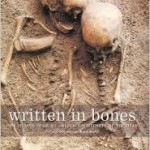