Our place in space

Models of the Solar system

Before Galileo https://clickv.ie/w/sjFr Looks at the ways in which western science intersects with Aboriginal cosmology, leading us to a deeper understanding of the night sky. 25 min

Star Law with with Harney  https://clickv.ie/w/AjFr This clip features the Wardaman Aboriginal Star Law of Yidumduma Bill Harney. He discusses the role and importance of the stars, including the Sun, as well as comets and how they understood within the Dreaming. 7 min

The role of technology in our understanding of the Solar system 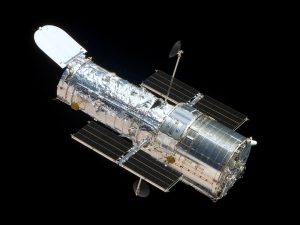 Space rockets – National geographic 2020 https://clickv.ie/w/0qFr With space offering affordable benefits to all, rocket launches are in global demand. This is the story of ULA’s rocket production at the forefront of America’s ambitions.

Landing a space probe on a comet BTN https://clickv.ie/w/VqFr

Space month – Telescopes – Discovery Science Interactive https://clickv.ie/w/hrFr This film takes viewers on a tour of the history of the telescope, from Galileo to Hubble and NASA’s James Webb Space Telescope

Hubble space Telescope  https://clickv.ie/w/yrFr Recently the world celebrated the 30th birthday of a much-loved spacecraft. Since it was launched in 1990, the Hubble Space Telescope has helped to change our understanding of the universe. We find out more about Hubble’s story and its amazing discoveries

Miracle in orbit: The story of the Hubble space telescope https://clickv.ie/w/VAIr The Hubble Space Telescope was the most expensive and most anticipated scientific instrument ever built. It was launched into space with great excitement and when it finally sent back images of the stars, they were blurry… 48min

Exploring the Universe https://clickv.ie/w/D4Fr This science-history series investigates the blistering pace of human endeavour and discovery. Dr Shalin Naik explores the ambitious space shuttle mission that began in the ’70s plus the future colonisation of Mars 54min

Interactions between Earth moon and sun

Tides seasons and phases of the moon https://clickv.ie/w/f5Fr This explores the cycles and seasons that dictate life on earth, and answers the following questions: Why do we get day and night? What are seasons and why do they change? Why does the moon change shape? What causes tides? 19min

Earth’s orbit, rotation, seasons and moons https://clickv.ie/w/4AIr  Using an orbiter to demonstrate and explain the causes of Earth’s day and year cycles, the seasons, and solar and lunar eclipses. 4min Interactive

Orbit: Earth’s extraordinary journey https://clickv.ie/w/HAIr Following the Earth’s orbit from July to the December solstice. Every step of the Earths 940 kilometre, one-year journey around the sun is essential to maintaining life as we know it, giving us the ever-changing weather and seasons that transform our planet